Bus Routes to Our Office

We stand for the fair and equitable treatment of all people. Read more...

Summer is just around the corner! After a much drier than normal spring, followed by much needed rains through early May, who knows what nature will bring… flood or drought?! Visiting various producers this spring revealed the outcome of damaged brome fields due to the Army worm infestations of late 2021. Hopefully, producers have assessed their fields, pulled soil tests, and amended them accordingly to help the brome recover. Some producers were able to inter-seed smooth brome early in the season. For those who did not get that chance, there is another viable option to increase summer forage production, using annual warm-season grasses, before restoring brome fields this fall. 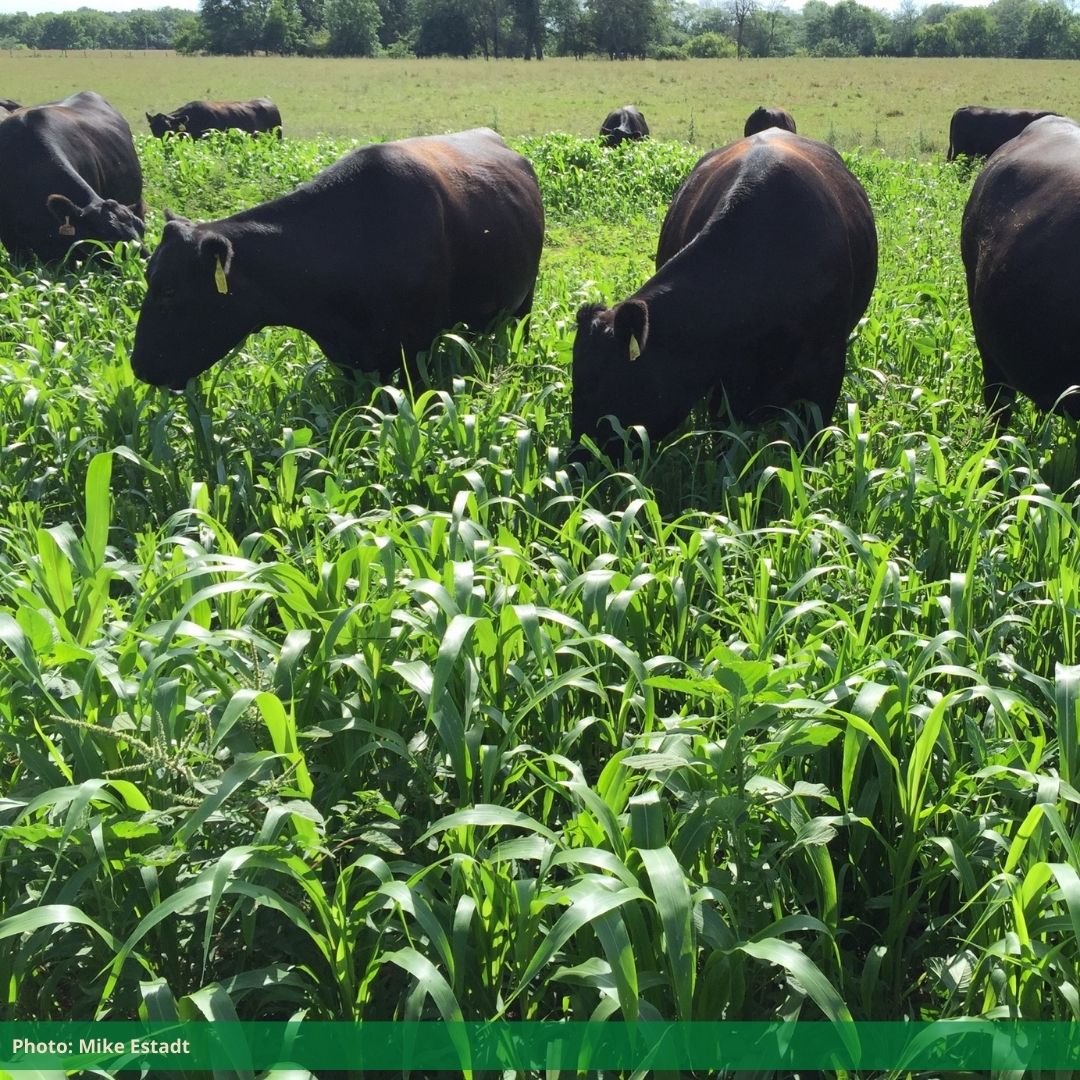 fescue to overcome the summer slump, with remarkable success. This is also a viable option for brome fields…for hay production or grazing. Though instead of sorghum-sudan grass, which has an intermediate level risk of prussic acid (or HCN - hydrocyanic acid) toxicity, sudan grass or hybrid Pearl or Foxtail millet may offer safer options.

Sudan grass grows as well as sorghum-sudan grass as a warm season forage, but has the lowest levels of HCN, less chance of prussic acid toxicity, higher total digestible nutrients (TDN), and 3 times the total Crude Protein (CP) compared to sorghum-sudan grass. Prussic acid can deprive cells of oxygen, causing asphyxiation which can lead to sudden death in high-risk situations. Symptoms of prussic acid poisoning in cattle include staggering, gasping, trembling or muscles, convulsions, and respiratory failure. Mucous membranes in the mouth and eyes may turn blue. Intravenous sodium nitrite and sodium thiosulfate administered by a veterinarian can provide treatment.

HCN levels are highest in sorghums, when the forage is young and tender, after a drought breaks, during regrowth, and immediately following a freeze. So only start to graze when the growth is above 12-18 inches or higher, and then rotationally graze (or strip graze) for a brief period (5 days-max) to prevent cattle from grazing on young tips of regrowth, higher in HCN. After a light freeze HCN levels may be higher and will peak after a killing frost. The recommendation is to wait 10 days (about 1 and a half weeks) until after a killing frost to graze or feed sorghums and delay grazing sorghum stalks until after a killing freeze.

Prior to inter-seeding summer annual grasses (into brome or fescue), pull a test soil, and consider previous crop and manure credits. To minimize nitrate accumulation, split nitrogen applications (half-preplant & half after 1st cut or four weeks after initial grazing). Seed sudan grass at 20-30 lbs./ac, 1 – 1.5 inches deep; from May 15 – July 1. Seed Pearl or Foxtail Millet at 10-20 lbs./ac, ¾ - 1 inch deep from June 1 – July 1. Wait 4 – 6 weeks (until 12-18 inches of growth), before grazing or cutting. Test forage prior to grazing or haying to avoid high nitrates. If nitrates are high – raise the cutting height or delay harvest to allow nitrates to metabolize.

If you plan to inter-seed brome over those tired brome fields, do so prior to September 15th, allowing brome to establish before fall settles in. Graze or cut the last of the summer annual grass by late August or early September; soil test, fertilize, and inter-seed brome allowing sunlight to aid germination.

Sounds like a plan for some lush summer forage, come rain or shine, flood or drought!